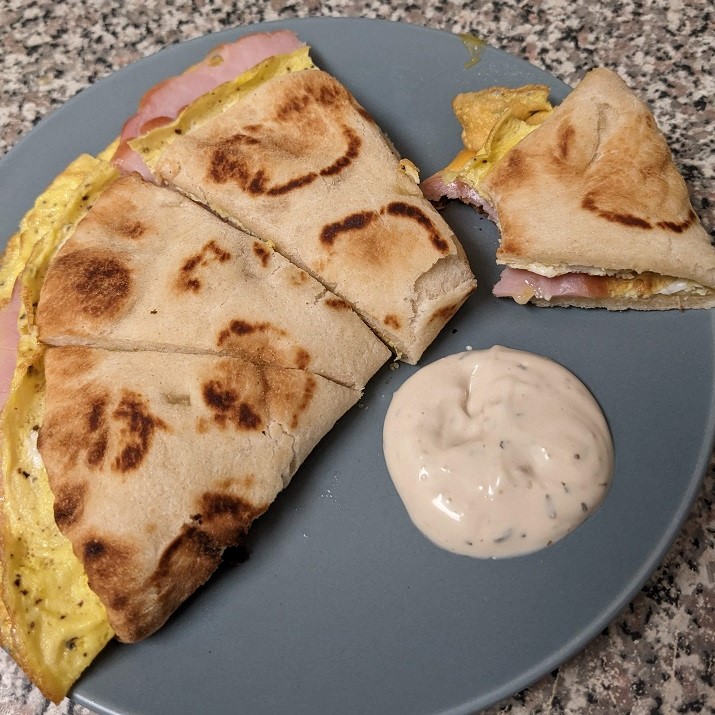 I found this idea in a Tik-Tok video several months ago, and I have been rocking it pretty steady since. I don’t seem to get tired of it much. Somedays I make a breakfast bowl of ramen instead, but that’s on my days off when I have more time to clean out the fridge for ramen inclusions. 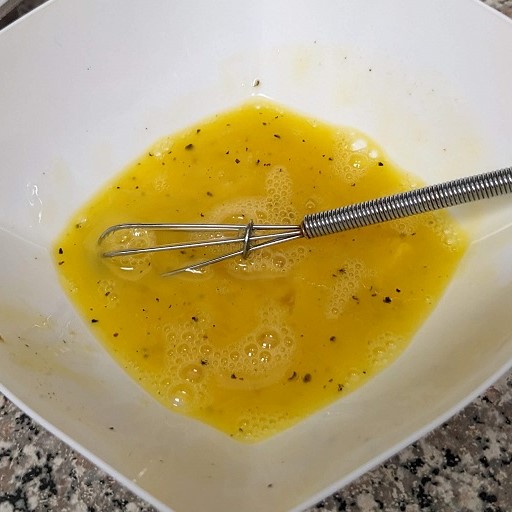 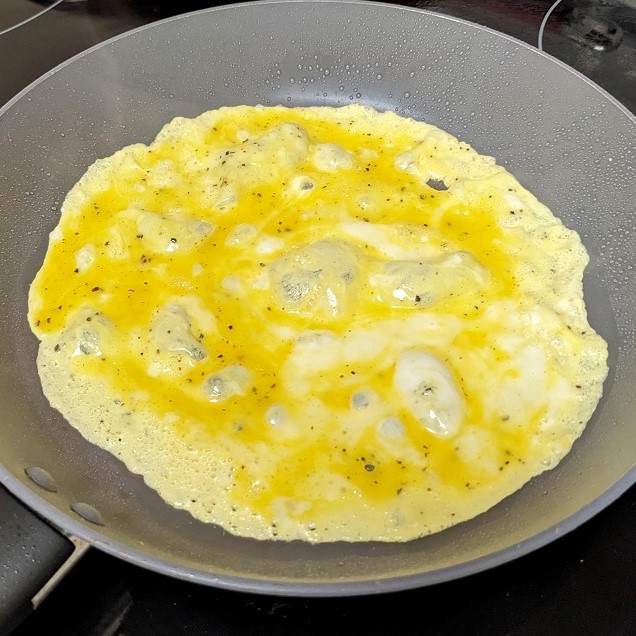 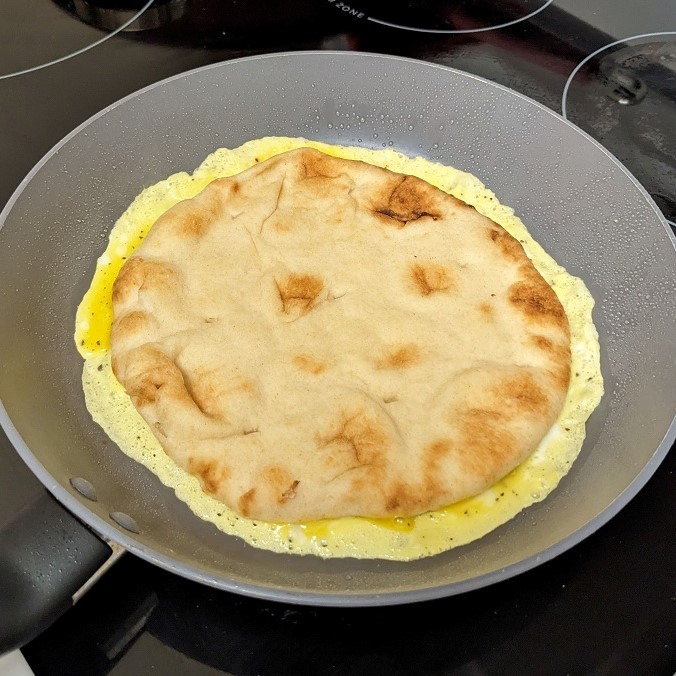 The idea is fairly straightforward and easy. One egg, beaten with seasonings of your choice (S&P/RHCP flakes/Onion Powder is a good combo), poured into to a hot pan with a bit of oil. Tilt the pan so it runs thin over most of the bottom of the pan. As the bottom sets to white, top the uncooked egg top with a tortilla or naan bread. Push it down a bit so the egg sticks to it. 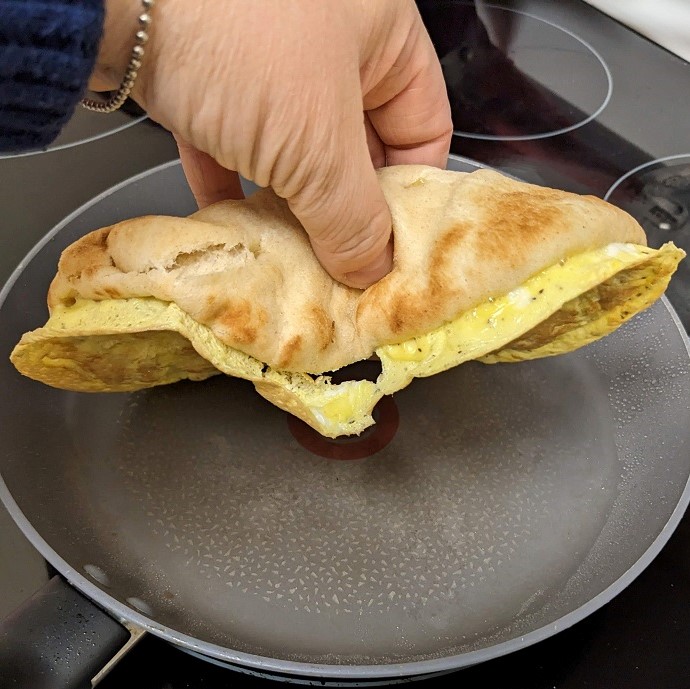 Wait about 30-45 seconds, and then pinch the bread as you pick it up with the attached egg. Flip it over. Here’s where it get interesting. 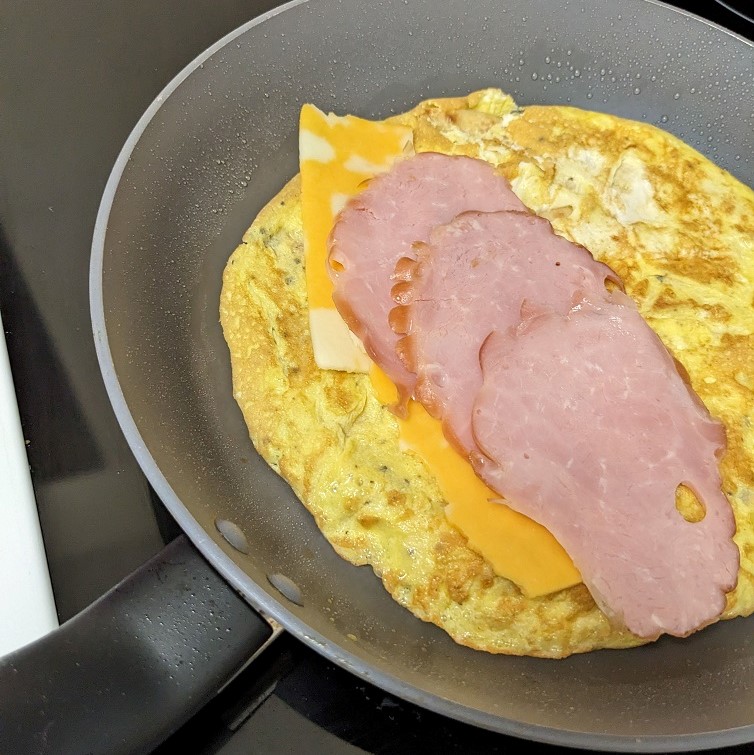 Depending on what I have in my fridge, I will lay down some cheese grate or a broken up slice of cheese over one side. I top that with something like thin sliced deli meat or leftover chicken I chop fine. 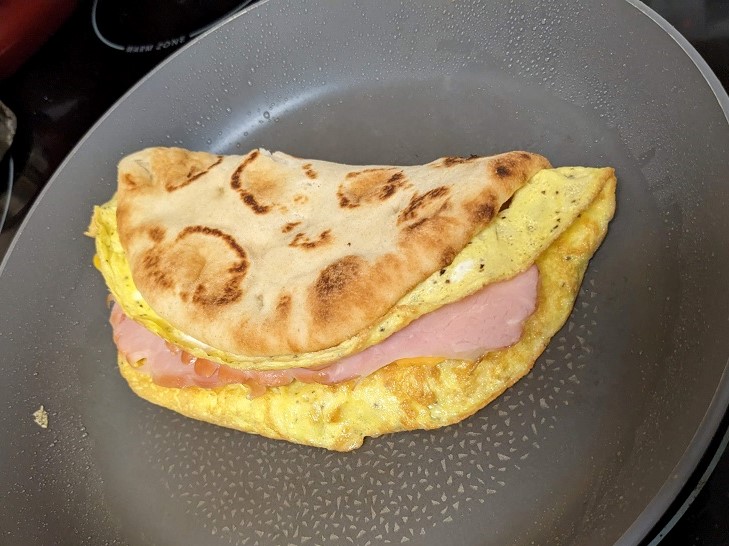 Fold the tortilla or naan over and move the half moon into the middle of the pan. Push down so the meat melts into the cheese. After 30 seconds, kill the heat and flip the quesadilla to finish cooking for another 15 seconds. 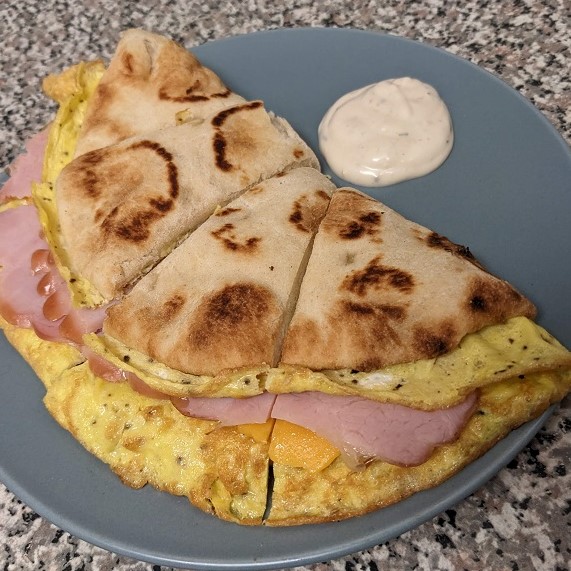 Move it over to plate and cut it into 3 or 4 triangle portions. I typically squirt some Ranch or other dip sauce the size of two quarters on the plate for dipping. This fills me up for a few hours due to the three protein sources. I don’t need to go crazy with the portions either.